Within a month of signing with Zogo, Diamond Credit Union members completed more than 16,000 of the app’s educational modules – enhancing their financial knowledge.

According to Diamond Credit Union Marketing Manager Rob Hackash, the credit union’s launch occurred following a Presidents’ Day retreat for nearly 200 of the credit union’s employees. Zogo Founder/CEO Bolun Li attended the retreat to demonstrate the how the educational app works – as well as the story behind Zogo.

Li then held a competition for the group to see who could finish the most modules within the app in 10 minutes. Rebekah Rogers, a collections specialist at Diamond, was the crowned the winner and presented with a fresh pineapple (part of Zogo’s logo) as a prize.

“We felt this demo and competition was a great way help our staff best help members understand the positive impact Zogo can have on the young people in their lives,” says Hackash. “We feel, as a financial resource, providing an educational tool like Zogo puts our members in a better position to make smarter financial decisions, and that’s not only great for them but our community as a whole.”

“We had a blast seeing everyone at their retreat test the Zogo app on the spot,” states Zogo Co-founder/CEO Bolun Li. “Then to see it rolled out to the member community – as well as non-members – and watch the usage skyrocket so quickly has been super exciting.”

Within two weeks of the launch, Diamond had 575 users on the app — with many of those users wanting to open an account at the credit union. Over the next two weeks (mid-March), the total number of users grew to 728 with more than 16,000 of the app’s modules completed. To date (two months since launch), the amount of users has climbed to 1,032 with module completion exceeding 22,800.

“From 0 to 16,000 within a month is phenomenal and now over 22,000,” adds Li. “We look forward to see the usage continue to grow – which means more people are learning better money habits.”

About Zogo
Zogo is a financial technology company based in Durham, North Carolina. It helps financial institutions teach their current and prospective members sound financial fundamentals through its app that pays users to learn. Zogo’s app has won numerous industry accolades, including “Best of Show” at Finovate Fall 2019 and NACUSO 2019 Next Big Idea Competition. Key investors and advisors include Techstars, former CEO of Sageworks, and faculty from Duke University. To learn more, visit www.zogofinance.com or @ZogoFinance on Twitter. 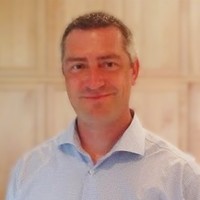